Are we living in an economic paradise? Or is it a Bubble? 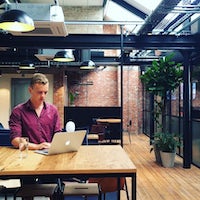 The economic situation we've been in these recent years is completely unknown to most famous economists we know.

We have a low inflation rate while interest rates are at an all-time low. In some countries, state bonds already have negative interest rates: we are literally paying banks to hold our money!

we are literally paying banks to hold our money!

Negative interest rates, what does it mean?

The interest rate you pay basically represents the cost of your money. If you take a loan of 1M with a 10% interest rate, you need to generate at least 100'000 in profits to break even. Thus, the lower the interest rate, the cheaper the money. In the current economic climate, a million-dollar would only cost you about 40k. This allows entrepreneurs to lower their costs significantly and invest in riskier or less profitable ventures.

Who enjoys these benefits

Of course, banks will only lend you money if they know they will get it back: you need assets to back your loan. Companies and individuals with assets (real estate, cash, ...) are now able to get very cheap loans from banks that they invest everywhere.

The wealthier you are, the more free money you can get.

Being able to get cheap loans also allows enterprises to stay afloat much longer since taking on debts has become so cheap. This allows companies with assets to keep hiring for years while they have been making losses for a long time. 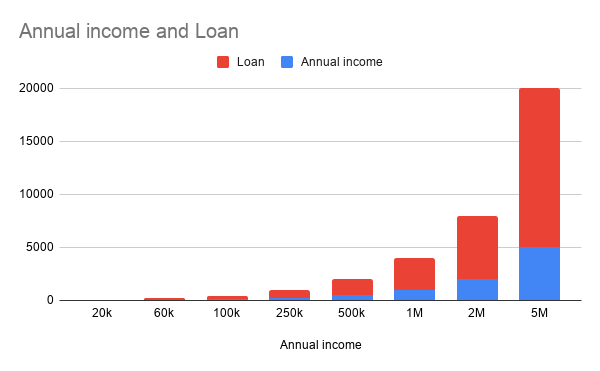 This graph roughly shows you how much money a bank would lend you, relatively to your net worth. What this means is that the gap between the low and high-income class is dramatically widening.

Inflation is a funny metric because it only measures the price of everyday goods like food or phones while completely ignoring the price of assets like real estate or stocks.

As an example, my personal stock market portfolio has gone up 40% this year and you have surely noticed how rental prices have gone through the roof in recent years.

Why? Because through giving away so much cheap money, central banks have significantly increased the amount of money in our economy, generating an inflation of assets.

While everyone is still able to buy salad, no one can afford to buy an apartment anymore.

So, are we living in paradise?

Companies can get more money to invest, salaries are getting higher, we can all afford phones and cars, ... Inflation and interest rates are low: for now, this is paradise.

But keep in mind that we are in a slowly growing bubble because everyone is accumulating debts that they won't be able to repay.

When will the bubble burst

While the price of the stock market and real estate can move very quickly, common goods pricing change slowly and over time. It's just a matter of time until companies start to increase the price of their products.

Of course, there is a solution against inflation: raising interest rates. Doing this decreases the money available in the economy and thus stops the whole inflation process I described earlier.

But doing so also heavily increases the burden of debt. All the players that took out big loans will be struck hard if the central banks increase their interest rate.

You might think: "that's fine, rich people and corporates should take the hit". But there is a last player we're forgetting and who has the highest debt: governments.

This will probably lead us to the next big economic crisis. This very simple phenomenon is beautifully explained by Ray Dalio here. I can only recommend you to watch it to get deeper insights into how our economy works and what's waiting for us.