How to communicate in a remote company

Communication is such a simple concept. We've done it our whole life and never really think about it. But the reality is that communication is a mostly overlooked skill that has a great impact on our lives.

In a fully remote company such as Stanwood, where over 50 employees work together without seeing each other most of the time, body language and tone are mostly absent.

How we communicate at Stanwood

There are two ways in which we communicate: messages and video calls. We'll go through each one and see how to best communicate to pass on the right message.

The big issue with messages is that tone and body language are completely absent. Let's take the message "is this ready" as an example, depending on your own mood (symbolized by an emoji in the image below) you'll interpret the message very differently.

Of course, the simplest solution to that problem is to write as many emojis as possible in all your messages. Even if it takes you 3s longer.

With messages, another issue is that employees never do small talk since it doesn't feel right. Having a private message conversation about your weekend with coworkers who you've never met is weird. This generates a huge relationship gap between employees. An example of this is that it took me 3 months to learn that one of my coworkers was a dad! At Stanwood, we have 2 ways of reducing the impact of this issue:

#random channel We have one channel in slack which sole purpose is to share non-work-related stuff: What you thought about the latest movie, a picture of something funny you just saw, a story about what just happened to you, and so on. This allows team members to get to know each other a bit better.

#status channel Another action we enforce on a company level is to share your current status with the team. First, this allows everyone to know if you are available and secondly, it's a great way to share our daily lives. Going to the dentist? say it. End of the day and you're going for a drink? say it. Kids time? say it. It's the remote alternative to the very common "what are you doing tonight?" office conversation.

Video calls have existed for less than 10 years and are still relatively new (most people are not used to have video calls as their primary source of interaction with others). While tone is mostly present, body language still isn't: making video calls another challenging way of communicating.

As we've seen before with messages, it's very easy to misinterpret what someone else just wrote us based on our own emotional state. What tends to happen in a remote environment is what can be called an Angry Snowball Effect:

Meanwhile, the other person has never been upset in the slightest and receives your message completely out of the blue. Usually, a simple call is enough to let the pressure out and everything is back to normal. Having calls on an ongoing basis is the simplest solution to this problem.

Be 100% focused during video calls

Because the other person doesn't see your screen, it's very easy to start doing something else while you're on a call. Your colleague won't realize it but will see that you're not listening actively, that you're not showing any facial reactions and will interpret this as you being annoyed or pissed off (due to your lack of facial reactions or interactions). This will, of course, affect your relationship in a negative way.

Camera on and be expressive

In a normal human-to-human conversation, we don't need to make any efforts to share our emotions and how we feel. On the other hand, in a video call, the level of non-verbal information shared is much lower. Make sure to look at the right screen (if you have two or more), smile, move and laugh. It's a bit like theatre, you really can't overdo anything through video.

And of course, it goes without saying that you need a good internet connection and a silent environment - anything else creates very frustrating experiences for both parties 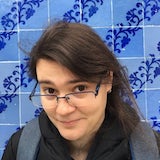 One app you might want to add under your belt is Donut. It's a Slack bot that schedules meetings with random people from the company so that teams in remote settings can connect better with each other, even if they don't work in the same team. 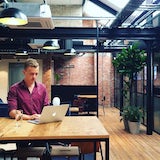 Just had a call with someone from elin.ai - I'd recommend it too Milica Maksimović