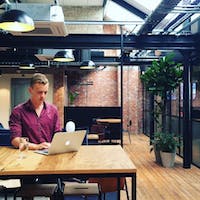 Since I've started to work as a contractor and a digital nomad, I've realized that I could significantly impact my salary by diminishing the amount of tax I have to pay.

Our tax system is outdated and how to use it

This is a simple fact and has three sides: first, it can make our lives much more complicated because our tax system has not been built for online work. Secondly, and that's where things get exciting, you can easily outsmart the system. An example of this would be that an English non-resident employee, only pays income tax on work that has been physically done in England. But lastly, whatever your situation is as a remote worker or a digital nomad, it's going to be difficult.

Before I go on, I'd like to clear a few definitions:

residency is where you are currently living. It's where you spend most of your year, it's your phone number's country digit, it's the country you are insured in. This one is usually unclear for digital nomads and plays a big role is your ability to pay less tax.

Let's get something out of the way: if anyone promises you a way to pay zero tax, you should worry. Personally, I want to pay some tax. Countries need money to run and we make use of a country's services every time we visit it. Not paying any tax cannot be right and isn't sustainable for our economy as a whole. Finally, whatever situation you're in, it's probably more complex: I can only share what I've understood but do not take this as a direct legal/tax advice.

For this article, we'll assume that you are a digital nomad with a yearly brutto income of around 50k-100k euros.

In our world, we have this great ability to create legal entities (corporations) that, exactly like men, have their own residency and pay tax. Being the owner of a company has a lot of benefits compared to being self-employed. Lower tax rates, the ability to claim more expenses and being able to take money out of a company through dividends for example. While corporate tax fluctuates a lot between countries, it comes at a very fluctuating accounting cost too.

For example, the annual accounting costs of running a limited company in Malta is around 5k euros, but in the UK it's only around 1.5k. For the average digital nomad, this is a significant difference that needs to be kept in mind. Simply choosing the country with the lowest corporate tax and setting up a company there is not the best solution.

In Malta, the corporate tax rate is 35% but if a company is fully owned by a foreign entity (a UK company for example), shareholders are entitled to a 6/7 refund, therefore reducing the total corporate tax to 5%! Other countries like Cyprus also offer beneficial rates.

How to take money out of a company

I could write a whole article about what can be claimed and what can't but the general rule is: be reasonable and only claim things that are 100% business expenses. The reality, of course, is that no one will ever check if this weekend in Paris was really a company expense or not.

The more money your company makes, the less salary you will pay yourself. This is because salaries are incrementally taxed: the more you make the more you pay. On the other hand, most countries have a tax free allowance: in the UK for example, your first 12k euros are tax-free !

Dividends are taxed far less than salaries and you also don't have to pay National Insurance on them. But as a downside, you can only take dividends out of your company once a year. Which can be an issue for remote workers with a tight cash flow.

For example, a UK company director might pay himself a salary of 12k euros annually and pay the rest of his company profits out as dividends to optimize his income and it would be perfectly legal.

After optimizing how to take out money from your company, the next big thing to do is relocate to a country that has favourable laws towards your tax situation.

Generally speaking, if you work for a company that is located in a country you don't live it, you won't pay tax in this country. This is pretty obvious but important to understand: If you work for a UK company but don't live in the UK, you are exempt from tax on your income in Great Britain. The thinking behind this is that you will have to pay income in the country you live in... Well, not always.

In Malta, tax-residents are only taxed on income that is remitted to Malta. This basically means that as long as your salary is not sent to a Maltese bank account, you won't be taxed on it in Malta.

Malta has recently introduced a fixed minimum taxation of 5000k euros for residents earning over 35k euros of foreign income per year.

You'll have realized by now that combining a British company with being a Maltese resident can have a huge upside if you are in the right income bracket. For this example's sake, we'll imagine that your company generates a Brutto annual salary of 50k euros.

1. Pay yourself a salary of 34k euros

Let your company pay yourself an annual salary of 34k to a non-maltese bank account. Opening bank accounts in a country you are not resident in is not always easy but absolutely doable in Europe. Using online banks like Revolut or N26 and living a few months somewhere else to get a proof of residency are good solutions. This income will not be taxed at all.

This is easily doable during a tax year. Business trips, Saas subscriptions, paying other contractors, accounting fees, charity donations and so on...

You won't be able to extract this money tax-free but you can use this money in many different ways: pay yourself dividends, invest this money, keep it as cash reserves for bad years, ...

With this setup, you'll end up paying 20% corporation tax on the remaining 10k euros, amounting to a total of 2k euros tax paid for a total income of 50k which represents 4% tax on your total income. This setup is optimal for annual revenues around ~40k.

I'm still figuring things out and might be wrong about a lot of things. Please don't forget to do your own research and feel free to ping me if you have further questions.

Hello Nathan, thanks for the great info! Currently getting a residence requires you to buy or rent a property. I was wondering if you new another set up for paying less taxes 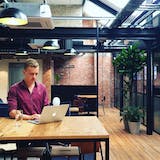 Without becoming a resident somewhere.. that's going to be difficult :)